Gonzalo s
16:02 23 Oct 18
Gradually I'm noticing that my legs are feeling lighter, not so heavy anymore and tired. And I have so much more energy now. And they are definitely looking better too!

Tyra Burns
16:58 21 Nov 18
It's amazing how much better my legs are doing and this is such a caring staff

BitCoin Dip
15:35 31 Jul 18
You can go see someone else. There's a lot of doctors out there in this field. But for me, Dr Furlong is the BEST and I'm sticking with him!

Marlin Sistrunk
18:43 04 Jun 18
I always find the staff to be very caring and gentle. Amazing results!
See All Reviews Write a review 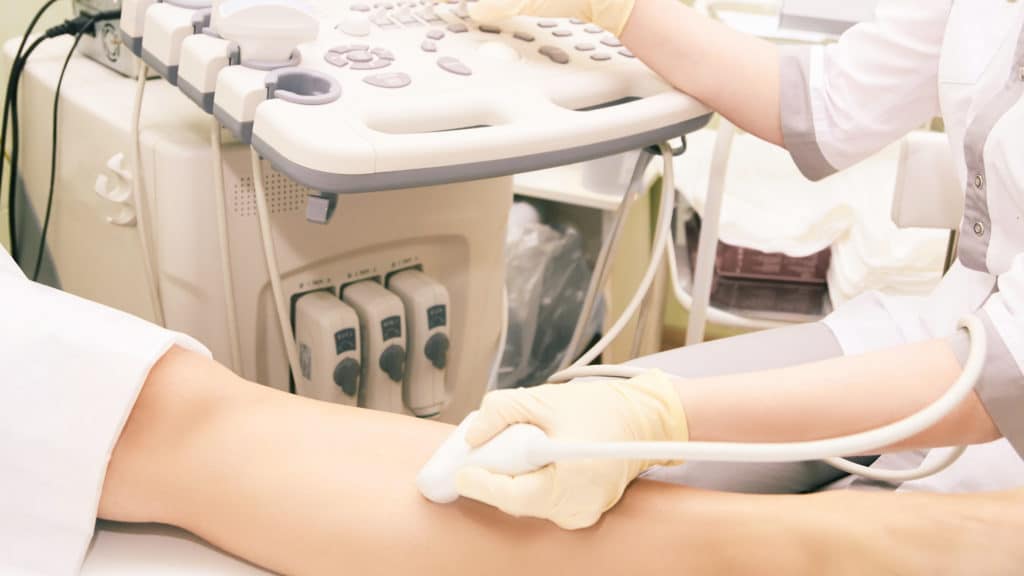 It begins with bats. Because bats communicate using the reverberating and reflection of high-frequency sounds. This was, in a sense, the source of ultrasound technology. In the early 1940s an Austrian neurologist used ultrasonic beams to diagnose brain tumors. And as early as 1952, the technology began being used to view pregnancies.

The Beginnings of Ultrasound Technology

People might be surprised to know that the beginnings of ultrasound technology begin with a Catholic priest in Italy in 1794. Lazzaro Spallanzani, a physiologist and biologist, made a series of contributions to the understanding of the body, animal reproduction, and animal echolocation. He conducted experiments on bat behavior and bat navigation. It was he that discovered that bats don’t, in fact, see very well and don’t use their vision for a whole lot. Instead, they are using a different sense: their hearing. So he sought the answer and found that bats navigate using the reflection of echos from high-frequency sound.

The Study of Ultrasound Physics

In 1877, two Frenchmen discovered piezoelectricity, which is the electric polarization of a substance that results from the application of mechanical stress. This breakthrough would lead to the development of underwater sonar detections systems. This, of course, became important for submarines to use in navigation and the detection of icebergs and incoming objects.

An Austrian physician named Karl Dussik became the first one to employ ultrasound in diagnosing brain tumors. It was only around the 1950s that ultrasound technology was used for the viewing of early pregnancy. In 1965, the first International Conference on Diagnostic Ultrasound was held in Pittsburgh. It was around this time that the technology started being used for the detection of certain vascular issues.

In 1973, the occupation of sonographer was created and in 1975 a team from Washington University images of blood-flow using a Doppler system. The images were recorded and superimposed on 2D anatomical images. A Doppler radar is used to detect velocity data on objects from a distance. The 1980s brought the real-time color Doppler imaging, color flow imaging. Echocardiography —a sonogram of the heart— was evolved and further developed in the 1990s thanks to the technology.

The ultrasound works by emitting inaudible sound waves to create a visual image. In the years since further advancements and developments have continued allowing for further precision when it comes to diagnosis of heart conditions and to detect abnormalities or conditions in early pregnancy.

How Ultrasound is Vital for Vein Disease Diagnosis and Treatment

When people seek treatment for some kind of vein condition, a lot of the initial studies are conducted with ultrasound. Ultrasound combined with the Doppler radar a complete picture of the vein structure can be seen. This pictures can help your vein doctor asses how blood is flowing in your veins and if there are any visible blood clots. The technology allows for clear imaging to see the condition of the vein and the position. It is also non-invasive so it can be used as a way to diagnose without having to introduce any instruments or incision.

Ultrasound technology is used in a variety of treatments for venous disease. It accurately helps doctors find where the vein problems are and is used in endovenous ablation, sclerotherapy, and microphlebectomy. Ultrasound is also used for sclerotherapy, when a solution is injected into the spider vein to damage it and prompt the body to eliminate the damaged veins.

If you’re experiencing pain in your legs from spider veins or varicose veins, come in today to get it checked out. We use ultrasound for a variety of tests and procedures and have only the latest technology to ensure the best possible result.